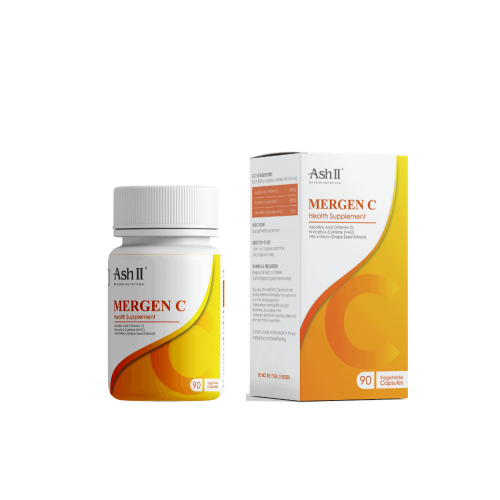 PRODUCT DESCRIPTION: The combination of Antioxidants and NAC, provide strong anti-inflammatory, mucolytic & anti-oxidative properties, at the same time maintain and strengthen your immune system. Ascorbic acid (Vitamin C) Acts as an antioxidant that protects cells from being damaged by free radicals and boosts the immune system. 9 An essential dietary nutrient for the biosynthesis of collagen. 4 N-acetylcysteine (NAC) Acts as a mucolytic agent, able to reduce disulfide bonds between gel-forming mucus. Thus, it is able to reduce mucus viscosity and elasticity, clean the bronchi, decrease in dyspnea and improve lung function.10 It helps to relieve from the coughing, wheezing, and thick phlegm associated with cold and flu.3,10 Moreover, NAC is able to alleviate mucus hypersecretion that usually occurs among individuals suffering from COPD, asthma and cystic fibrosis. 10 NAC also acts as a precursor of glutathione, which is one of the most important antioxidants (antioxidant property). 1,6 NAC plays a role in fighting Helicobacter pylori (H. pylori) infection, due to its powerful ability to interfere with the oxidant-inflammation connection and break down some of the gastric mucous layers beneath which the organism hides. 5 Grape Seed Extract Contains the antioxidant compound, oligomeric proanthocyanidin (OPC) and may have some heart benefits, including lowering systolic blood pressure and heart rate. 2,8 PRODUCT HIGHLIGHTS: Japan-based formulation Antioxidants 1,3,6,10 Mucolytic property (Reduce mucus and phlegm viscosity) 1,3,6,10 Ease breathing and coughing 1,3,6,10 Contains precursor of glutathione (NAC) 1,6 Enriched with grape seed extract Vegan-friendly Clinical based evidence GMP-certified RECOMMENDED DOSAGE: Take 1 to 2 capsules each time, twice daily with meal. Remarks: Can be taken more when necessary, do not exceed the upper limit as stated on the table below.

There are 1 items in your cart